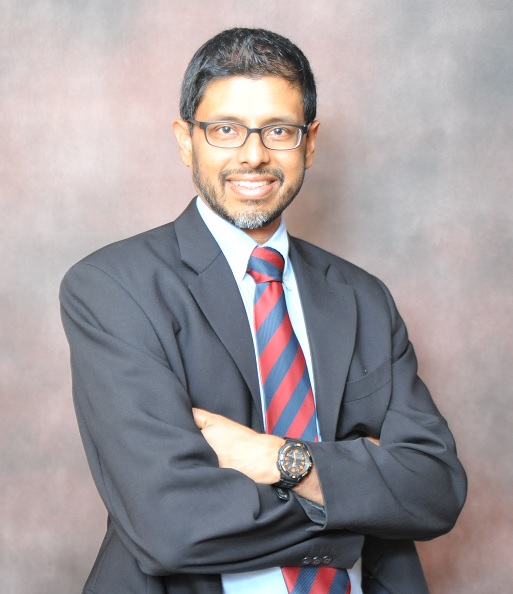 A conscientious, reliable and hardworking neurosurgeon. Professor Dharmendra Ganesan, known for his eye for detail, is a Senior Consultant Neurosurgeon as well as the Head of Neurosurgery Services and also the Chairman of the Paediatric Neurosurgical Services at University Malaya Medical Centre

Professor Dr. Dharmendra Ganesan is a 1995 MBBS graduate of the Faculty of Medicine, University Malaya. After obtaining the FRCS (Edinburgh) August 2001 and (Ireland) September 2001, as well as completing his Masters in Surgery at University Malaya in 2002, he began his neurosurgical training in the Division of Neurosurgery at University of Malaya Medical Centre and went on to complete his clinical training in Adddenbrooke’s Hospital, Cambridge, United Kingdom whilst working as a registrar and training with reputable names in the field of Neurosurgery. He passed the intercollegiate exam in United Kingdom and obtained an FRCS in Neurosurgery in June 2006.

He continued to sub-specialize in Complex Spine, pursuing a fellowship at Addenbrookes in Cambridge and completing the Cleveland Spine Review course.

His field of subspecialty is Paediatric neurosurgery, which he completed as a visiting fellowship in several hospitals of good standing, namely, Great Ormond Street in London, Necker Enfant Malades in Paris and Montefiore Children’s Hospital in New York. He has also completed the European post graduate and Asian Australasian advanced course in Paediatric neurosurgery. He is a member of the International Society of Paediatric Neurosurgery (ISPN).

His current clinical practice involves all general neurosurgical cases whilst his areas of expertise focus on complex spinal problems and Paediatric neurosurgical cases.  Being amongst the few Paediatric Neurosurgeons in Malaysia, he sees patients from near and far involving newborns, infants and toddlers all the way up to 18 year old teenagers.

Professor Dharmendra is just as much an avid writer and has published several clinical papers based on interesting researches in reputable journals such as Journal of Neurosurgery, British Journal of Neurosurgery, Child Nervous System, Journal of Spine, Lancet, Neurology Asia and others. He also conducts research at University of Malaya pertaining genomics and its relationship to traumatic brain injury. He has presented in many local and international scientific meetings. He is the currently the Treasurer of the Neurosurgical Association of Malaysia (NAM) and member of Academy of Medicine of Malaysia. He is also a fellow of the Royal College of Surgeon of Edinburgh and Royal College of Surgeons in Ireland. He has been elected to be in the Clinical Quality Assurance committee of UMMC and spends the little time he has left teaching and training under and postgraduate students of the Medical Faculty at the University Malaya.